Educators agree that a front-of-classroom interactive display is an essential part of the 21st-century classroom. But there are several types to choose from, each with its own advantages and disadvantages. A clear winner is emerging in interactive flat panel displays like ViewBoard, and you’ll want to find out why. However, other display types are still common enough to take a closer look at how they can benefit your classroom.

The use of interactive display and collaborative technology in the classroom has become a baseline requirement for increasing student’s participation and education success in the 21st century. While many technologies play a part – Chromebooks, iPads, huddle stations and more – the front-of-room interactive display remains a critical component. Interactive displays deliver the ability to present digital content to an entire room and manipulate that content directly on the surface of the screen. This represents a transformative shift in the way students and teachers interacted with information as well as with one another. Today, the IWB (Interactive Whiteboard) is joined by several interactive display technologies that offer the ability to empower teachers, engage students and promote collaboration.

How Important Is Interactivity Today?

Hands-on learning works, and designing classrooms and curriculums for active learning has become a major push across K-12 and higher education environments. Project-based teaching, collaboration, and interactive technology all contribute to the proven benefits of hands-on, do-it-yourself learning.

Today’s employers expect employees to work in teams and collaborate effectively. The traditional one-to-many lecture format fails to foster these skills, and education is quickly moving to adopt constructivist approaches, with students working together to make connections and develop knowledge. This shift is backed by significant research and educator experience alike, which confirm that the traditionally designed (i.e. lecture format) classroom. The transference model represented in current classrooms lacks what is needed to prepare engaged 21st-century citizens.

Instructors and administrators are working to apply this knowledge to new classroom design practices, leveraging flexible furnishings and collaborative technology to create spaces that promote active engagement and meaningful learning. In one recent national survey of pre-K-12 teachers, 94% said that classroom and instructional technologies are extremely important or very important. Among these technologies, the front-of-room interactive display plays a critical role. Not simply the high-tech counterpart to the static black- or whiteboard, interactive displays deliver a host of advanced benefits. Teachers report that increased student attentiveness and engagement is the number one benefit to teaching with interactive front-of-room technology. A majority of educators – around 77% in one survey – believe that an interactive display in the classroom is very important or an absolute must.

One landmark study of 85 teachers across 170 classrooms found a student achievement gain of 16 percentile points when IWBs were used. This jumped to 26 points when well-conceived graphs, charts, videos, and other visuals were used to reinforce information; and when “interactive reinforcers” and audience response polling were added, achievement rose a whopping 31 percent.

Interactive Display in the Classroom

Well suited for any type of classroom, lecture hall or distance-learning environment, the possible uses for interactive displays are virtually endless.

The Types of Interactive Display Boards

Projector-based Interactive Whiteboards
Introduced in 1991, the original interactive whiteboard system is still widely used, although many systems are reaching their end-of-lifecycle. This system consists of a large display board connected to a computer and projector. The computer’s desktop is transmitted via the projector onto the board’s surface, where users can control the computer with a pen, finger, or other devices. In this system, the interactive capabilities are embedded in the display board itself but the content must be transmitted to the board via the projector.

Interactive Flat Panel Displays
Until relatively recently, projector-based systems were the only available IWB technology, with some variation in implementation among suppliers. Large-format touchscreen LED displays, introduced in 2012, offered a new alternative with expanded benefits, reduced maintenance requirements and better overall total cost of ownership (TCO). With this option, the only component needed for full functionality is the LED display itself, although special pens may also be used.

Interactive Projector
Embedded with interactive technology previously only found in IWBs, interactive projectors transform virtually any flat surface into a collaborative canvas. Users can write, draw, and annotate directly onto the projected image, typically using an interactive pen or “wand” to manipulate content. More recently, systems have become available that enable finger-touch capabilities. This method of interactive display requires only the projector and special implement, using any available dry erase board, pull-down screen, blank wall or other flat display surfaces.

Interactive Software
All interactive display technologies rely on embedded interactive software to deliver annotation (or “inking”) capabilities and other collaborative features. IWB makers such as SMART, Promethean, and Mimio have historically required annual licensing fees and restricted software use to their specific product. As the interactive display market evolved to include new technologies, many IWB manufacturers began to periodically tweak their licensing and usage requirements, however, most continue to include licensing and usage restrictions. Competing technologies, on the other hand, are often free from such fees and restrictions. As such, in today’s market, the specific capabilities offered by proprietary software have become an important differentiator among technologies and manufacturers. ViewSonic offers its own digital whiteboard base using cloud technology: myViewBoard.

So Which Type of Interactive Display Is Best?

Administrators and IT teams no longer question whether interactive display boards have a place in their schools’ classrooms, but how best to implement them. Each of the available technologies presents relative advantages and limitations. The key to choosing the best fit for a given installation is to carefully evaluate the particular circumstances, including a budget, content to be displayed, room size, audience, ambient light, and other environmental factors.

One of the primary advantages of the IWB is its familiarity. Many instructors have used an IWB in the past, are currently using one, know others who have used them or were exposed to them during their own teaching education. This familiarity can help shrink the learning curve and increase instructor comfort with the technology. However, as the frontrunner in the interactive display market, newer technologies have been developed to address IWB weaknesses and offer added benefits.

Once the go-to interactive education technology, many schools are now faced with the need to replace IWBs that are nearing the end of their lifecycle. Not only do newer options deliver added advantages, but outdated IWBs are also often a significant cost burden, requiring ongoing and added maintenance, replacement parts and technician time. Loss of teaching time due to maintenance and recalibration is another significant negative impact.

Since their introduction in 2012, large-format touchscreen LED displays (also known as interactive flat panels) have become a popular option for enabling front-of-room interactive classroom display. An all-in-one solution, this technology (marketed by ViewSonic as ViewBoard) offers numerous advantages over the traditional, projector-based interactive whiteboard as well as interactive projectors.

With no projector to maintain, IFPs reduce both costs and staff time related to calibration, replacing bulbs, and cleaning filters. Class downtime is also minimized, with no unexpected bulb burn-outs or downtime waiting for bulbs to be replaced. IFPs often consume less energy and are significantly easier to install and service, with virtually no maintenance required. Finally, IFPs can be trolley mounted, enabling efficient resource sharing and making them a cost-conscious solution. IWBs and interactive projectors, on the other hand, are usually a static, ceiling-mounted resource. Freedom from licensing fees is another important contribution to the TCO equation, with most IFP functionality delivered with no licensing fees of any kind.

Interactive flat panel displays bring both added image clarity and greater enthusiasm to the classroom. Excitement and interest are generated by the appeal of the huge, iPad-like device, which functions as easily as a familiar tablet. Visibility, image quality, and brightness surpass that of most IWBs and projectors and the fan-free operation is quieter and less intrusive. As a projector-free solution, IFPs also eliminate the shadows cast when someone approaches a projector-based board and spares those at the front of the room from blinding projector lights. While short- and ultra-short throw projectors have come a long way in reducing shadows and glare, for some classroom environments, these distractions can present a significant challenge and an IFP can be the ideal interactive solution.

Compatible with any laptop or tablet, IFPs are simple to set up – in most cases instructors just connect the board and they’re ready to go. And while many IFPs include special styluses, most do not require them, working as easily and intuitively with a fingertip as an iPad or Smartphone.

Along with these benefits, IFPs can be expected to reliably function at least 2-3 times longer than a typical IWB or projector. The LED backlight in ViewSonic ViewBoards, for example, is rated to last for over 30,000 hours of average classroom use, which equates to more than a decade of active use. The lifespan of an IWB depends on the useful life of its two components, the projector, and the board. Instructors and education IT administrators typically report beginning to experience problems with IWBs around the 3-year mark and many plans account for a 3-5 year useful life. Some occasionally report up to 7 or 8 years of useful life from their IWBs. There is, however, a general agreement that after about 3 years the cost of new bulbs outweighs the cost of replacing a projector.

One important factor in the long life of LED displays is that they have no moving parts. By contrast, projectors rely on cooling by fans, which are particularly likely to fail after extended use, and whose lifespan is even shorter in dusty environments such as many classrooms. Here’s how one education IT company’s team of engineers classifies typical IWB useful life at varying ages (along with estimated cumulative replacement requirements at that time).

What to Do Next about Your Front-of-classroom Interactive Display

We can all agree that Interactive Displays are here to stay. The technology is evolving and the investment is big. Choosing the right IWB will be a very important aspect of a school’s EdTech investment cycle. Electronic whiteboards offer many benefits to both teachers and students in creating more interactive learning environments. Learn more about how to create an interactive learning environment at ViewSonic Education Solutions. 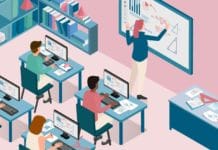 The Importance of Mathematics in STEAM Education 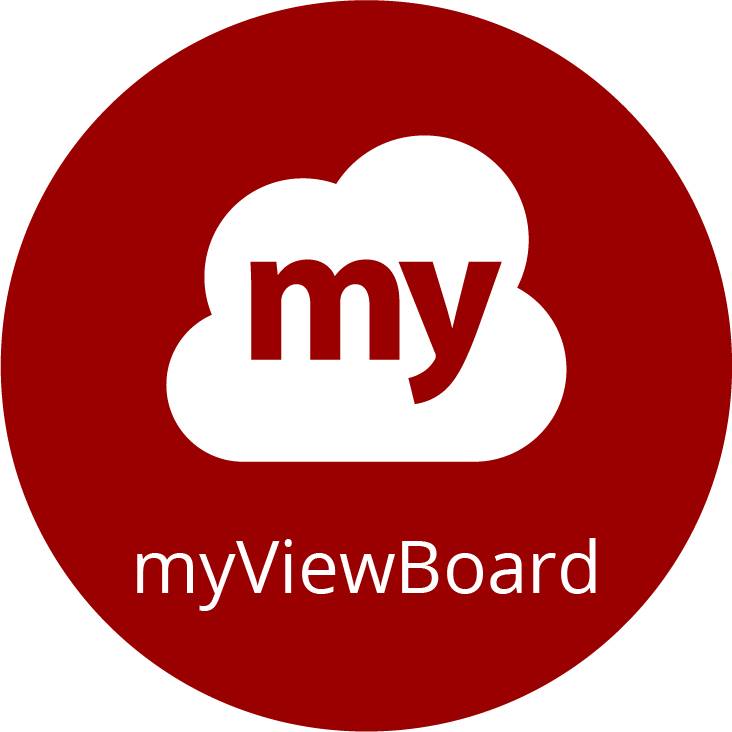 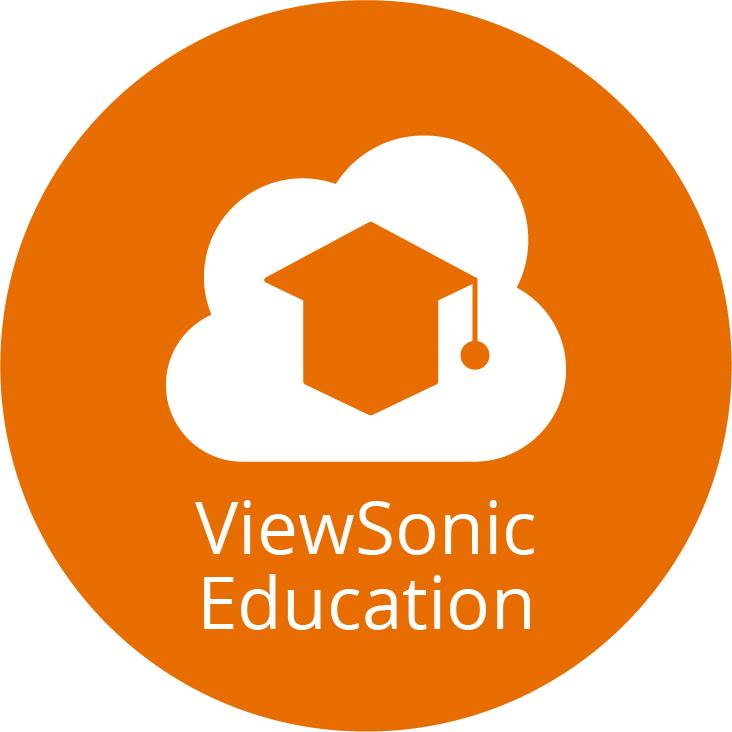