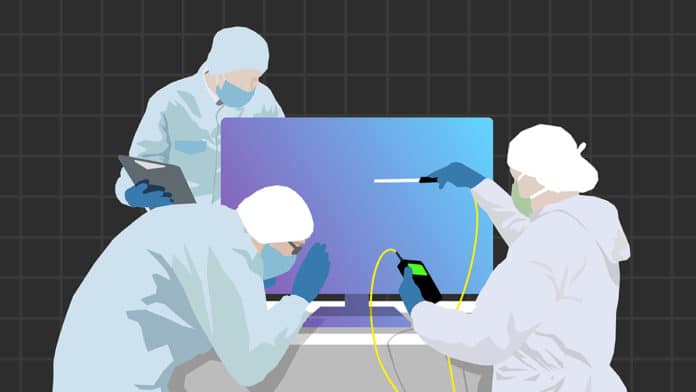 Finding the best monitor for you can be a struggle, especially when you’re new to the technical specs. For example, what is monitor resolution? The answer is surprisingly simple once you look at it. At its most basic, monitor resolution is how clearly a monitor can display visual content. The higher the resolution, the clearer the display.

With the helpful primer that follows, you’ll be able to get the monitor that best suits your needs. Or you can compare some monitors for yourself here.

Monitor resolution? Aspect ratio? What does it all mean!?

If you’ve ever been shopping for a computer screen or TV you’ve undoubtedly come across one or both of these terms. Today we’ll be diving right in to give you all the info you need to know about monitor resolutions and aspect ratios so you can make the best decision when selecting the right monitor for you.

What is Monitor Resolution?

Pixels, or picture elements, are the smallest physical points on a display, as well as the base components. Pixels are therefore the building blocks of any image you see on your screen. Pixels and resolution are directly correlated and a higher resolution equals a higher number of pixels on a monitor screen.

To visualize this, we can think of pixels as puzzle pieces; each one makes up a small piece of a bigger picture. Moreover, the more pixels a monitor has, the more detailed images can be.

DPI (dots per inch) indicates the number of dots found within a one-inch line of a scan or print. For monitors and displays, DPI is scrapped in favor of PPI (pixels per inch). While PPI is the correct term when referencing monitors and other displays, both terms are often used interchangeably.

PPI or DPI is a description of a monitor screen’s pixel density. A higher pixel density will mean that there are more pixels packed into every square inch of your screen.

Pixel density is a significant factor because it determines the quality of your image in that a higher pixel density will generally give you better-looking images. That being said, pixel density also depends on screen size.

Picture this – you have two monitors side by side, both with a Full HD 1080p Full HD resolution. This means that both have 1,920 horizontal pixels and 1,080 vertical pixels. Now imagine that one screen is a 32-inch screen, while the other is a 25-inch screen. Now you can see how pixel density comes into play because you will have the same number of pixels spread across a larger screen with the 32-inch monitor. Thus, the smaller monitor will have a more densely packed pixel density, resulting in smoother lines and sharper images.

So the higher the pixel density the better right?

The problem here is that the exact point where a higher PPI becomes undetectable is a matter of debate. Some say that the optimal pixel density is somewhere are around 400 ppi, while others say that the pixel density detectable by the eye is closer to 1000 ppi. Since this is a matter of personal preference, it’s always better to test a monitor out for yourself before deciding on which display to buy.

What Are Some Common Monitor Resolutions?

About 720p Resolution: 720p resolution, or 1280 x 720, is a progressive-style monitor resolution. Is it the lowest of the HD-capable resolutions, and is utilized by all widespread HDTV broadcasters.

About 1080p Resolution: 1080p, or 1920 x 1080, is a non-interlaced monitor resolution that is marketed as the first resolution to take full advantage of HD’s complete range of capabilities. 1080p is currently the standard resolution for television, internet streaming services, video games, and smartphones, to name a few.

About 1440p Resolution: 1440p is a progressive resolution containing 2560 x 1440 pixels. Known as ‘Quad HD’, 1440p is 4 times stronger than the base HD variant. 1440p is not fully widespread, but can be found largely within the realm of computing and smartphones, including from well-known companies such as HTC, Samsung, ViewSonic, and Apple.

About 4K Resolution: 4K resolution is so-named due to its horizontal pixel count, although for monitors, 4K resolution is equal to a pixel count of 3840 x 2160. 4K resolution also has 4 times more pixels than 1080p. Although the market share for 4K resolution has increased year-over-year since 2014, its adoption has thus far been limited to internet video streaming, video projection, and commercial televisions.

In total pixels, 1080p offers over twice that of 720p, therefore 1080p is sharper and clearer. Other factors aside, although both are considered to be a part of the HD standard, 1080p has been considered the industry standard for monitors for a while now. 720p resolution has already reached peak adoption and is declining in popularity.

PPI comparison for a 27-inch monitor:

With just over 3.6 million pixels, 1440p is just about 1.77 times smoother than 1080p. However, 1080p is the most popular monitor resolution currently on the market, while 1440p is just beginning to gain a foothold.

PPI comparison for a 27-inch monitor:

Although 1440p, or WQHD, has 4 times more pixels than 720p. 4K, or Ultra HD, offers 4 times that of 1080p. 4K is undergoing a much faster adoption rate than that of 1440p, with a 50%+ US market share expected by the end of the decade. Conversely, 1440p has remained within the smartphone industry for over a decade.

PPI Comparison for a 27-inch monitor:

In today’s market, 8K is top of the line. Four times stronger than 4K and 16 times 1080p, 8K is truly the bleeding edge. However, with 8K’s technological strengths comes a lack of commercial availability, given its ‘new’ status. Conversely, 4K is making great strides towards becoming the standard in several markets.

PPI Comparison for a 27-inch monitor:

What Is Monitor Aspect Ratio?

The aspect ratio of a monitor, like any ratio, is a proportional representation expressed as two distinct numbers separated by a colon. In the case of monitors and displays, the aspect ratio describes the correlation between width and height. Frequently encountered monitor aspect ratios include 4:3, 16:9, and 21:9.

Otherwise known as ‘fullscreen’, the four-by-three aspect ratio was once the standard for films, broadcasts, and computer monitors in the 20th century. With the advent of HD resolutions, 4:3 is no longer quite as common.

The sixteen-by-nine aspect ratio, also known as ‘widescreen’ has been the international standard for all things related to high definition. Since it overtook 4:3 in popularity, 16:9 can now be found in DVDs, televisions, cinemas, and video games.

The twenty-one-by-nine aspect ratio is a marketing term used to describe 64:27. As the logical next step from 16:9, the current international standard, 21:9 has yet to fully penetrate the market. Thus far, its use has been limited to ultrawide computer monitors and televisions, as well as cinematic widescreen projectors.

When viewing content, 4:3’s fullscreen experience yields a more ‘box-like’ display, while 16:9’s widescreen results in a letter-shaped appearance. In total, 4:3 gives newer media a feeling of being cropped, while 16:9 results in black bars manifesting on the top and bottom of the screen.

Considering its current novelty, 21:9 lacks broad utility, with compatible products limited to those that are ultrawide. Compared to 16:9, 21:9 touts the lack of black on-screen bars when viewing content. You can read our ultrawide vs. dual monitor comparison to learn more about the differences between ultrawide and standard aspect ratio monitors.

While having a monitor with a high resolution is a good start, it doesn’t mean that you can start enjoying all of your content in that resolution. This is because the resolution of an image you see on your screen also depends on the resolution the content you are viewing was recorded in.

Therefore, if a video was recorded in 1080p but you have a 4K monitor, the highest resolution you could watch that video in would be 1080p. Conversely, if you had a 1080p monitor and your video content was shot in 4K, you would still be able to watch the video but the resolution of the video would be limited to 1080p.

Luckily though, more and more content is being shot in higher resolution and video streaming services such as Netflix offer a plethora of 4K content to choose from.

You can find links to some 1080p, 1440p, 4K, and ultrawide professional, gaming, and general entertainment monitors below to give you a better idea of some of the different monitors out there.

Besides the resolution and aspect ratios, the curvature of the monitor also affects your viewing experience. Learn about the differences between a flat-screen or curved panel here. Or discover a variety of monitors for different needs from ViewSonic here. 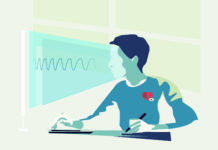 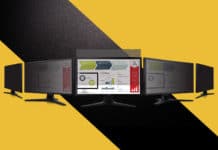 Screen Privacy: How to Protect Yourself from Visual Hacking

How to Choose a Computer Monitor for Business

What Is Monitor Resolution? Resolutions and Aspect Ratios Explained