The time is finally right to buy a 4K Ultra HD projector – the next step up after HD. Just over a decade ago we made the jump from standard definition (480p resolution or lower) to high-definition (720p resolution or higher, now seen as standard at 1080p), and many people bought new displays in the process. 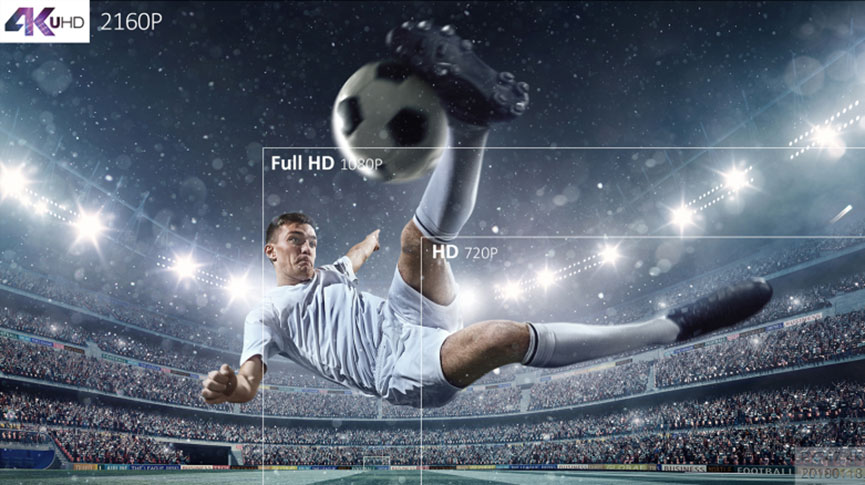 1. The prices are finally accessible

When ViewSonic launched new 4K Ultra HD projectors at around €1,199 in February it became clear 4K Ultra HD projectors were possible. Some brands still cost you several thousand pounds, but you can now get a well-equipped video projector with a great bargain, allowing you to enjoy a big screen 4K Ultra HD experience in your living room or dedicated home cinema.

2. Streaming services are all there already

Netflix, YouTube and Amazon Video are carrying more 4K content now. They’ve been steadily adding 4K films and TV shows to their streaming video services over the last few years, and their increasing range of original content has been primarily produced and distributed in 4K.

It has often been repeated that major sports events are catalysts for new video technology. It can be debated whether that is still true but nevertheless FIFA has announced plans to shoot and produce all matches in up to 4K Ultra HD video quality in Russia this year. Although the vast majority of cable TV content is still not offered in 4K, we can look forward to 4K Ultra HD for sports in the coming years. Alternatively you can watch sports in 4K through apps!

4. Playstation and Xbox both have 4K capability

4K has long been familiar for movies and shows and is now appearing as the default on most new gaming hardware. With the launch of the Xbox One X and PS4 Pro, both Microsoft and Sony now have consoles that power 4K gaming, offering the potential to play in 4K.

5. The newest version of every set-top box comes with support for 4K

From the newest Apple TV set-top box to Amazon’s Fire TV stick, there are 4K options from every set-top box maker at this point, and plenty of content to boot. You can download films and TV, and then watch them in 4K big screen on your new 4K Ultra HD projector.

6. 4K is the new standard for the foreseeable future

Even if you're not planning on watching 4K content, 4K display is a measure of future-proofing — the next standard in display visuals will be 4K. That's not a maybe kind of thing; it's a certainty. Just like when standard definition signals transitioned to HD, so too will HD signals transition to 4K. That's because more and more content is being filmed in 4K (or even higher) resolutions. The larger the display you have, the more important the resolution is — low-resolution visuals look blurry, stretched, and generally unpleasant on large screens.