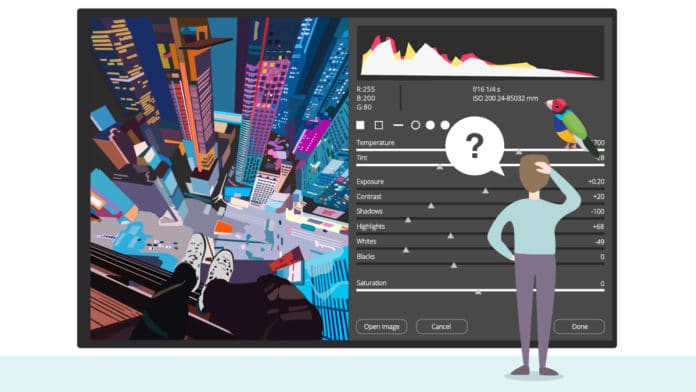 Quick Links
What is Color Gamut?
Understanding Color Gamut
Color Coverage
What Are Color Standards and What Are the Different Types?
Wide Gamut and Color Possibilities

Colors vary in many different ways, in terms of hue, saturation, brightness, and gloss. What we perceive as ocean blue, mustard yellow, or Bordeaux red is caused by how light is reflected back to our eyes. However, each of us sees colors differently. The same dress can be seen as black and blue by one person and white and gold by another.

This is the same for how different screens show and reproduce color. Most displays are limited in the colors that they can produce, each device will also follow one or more color standards that define its specific color gamut. Though there are a surprising number of different color gamuts available, there is probably one that best suits your needs.

So what exactly is a color gamut and which one do you need on your monitor? Find out in our article below. Or learn more about ViewSonic’s color-accurate solutions for creative work here.

What is Color Gamut?

The color gamut describes a range of colors within the spectrum of colors, or a color space, that can be reproduced on an output device. Depending on how wide the gamut is, every screen will display different quantities of color. For example, most monitors can produce 16.7 million colors, but some can achieve much more.

Consider what you primarily notice when you go shopping for a television or monitor. Sure, the physical size and width are important factors, but you may also pay close attention to the colors contained within the images presented. Dark blacks, vibrant reds and greens, and so on. A striking, color-dominant spec video that reflects reality in ways previously unseen may make the difference between a browser and a shopper.

Be warned, it might be tempting to confuse color gamut with resolution. It’s understandable, given that color quality and overall quality may seem not just complementary, but interchangeable. With that in mind, the aforementioned representation of color and how it differs between products is directly influenced by color gamut, color coverage, and the many color standards.

A product’s color coverage indicates its ability to reproduce and communicate colors from its source. For the sake of understanding, consider the visual difference between a modern cinema projector, a previous-gen iPhone camera, and a TV from the 1990s. The way they depict colors couldn’t be more different, not only in terms of breadth and depth but also in relation to how it creates the colors themselves. This is where color standards become a relevant part of this discussion.

Before we get there, however, first you must understand how color gamut is depicted on a technical level. Presented as a triangle on an XYZ axis, the Y refers to the maximum color luminance possible within the gamut, while the X and Z points indicate the complete range of chromaticity — a color’s hue and colorfulness. When all is said and done, the final result perfectly reflects a color gamut’s range of capabilities.

What Are Color Standards and What Are the Different Types?

Oftentimes, especially in commercial applications, colors are generated via the mixture of other colors, rather than natively producing the color on its own. This is mostly due to cost-related factors. Consider for a moment that home printers, typically, only contain ink for cyan, magenta, yellow, and black. All other colors you may see on your printed page are the result of a combination of those base colors.

Which frameworks set the standard for color production, regardless of whether it’s via printers, monitors, or cameras? The answer lies in color standards, which relate directly to standardized color gamut. With that in mind, common color standards include sRGB, Adobe RGB, NTSC, EBU, and DCI-P3.

sRGB is the most commonly found color standard around. From cameras to monitors and televisions, it is guaranteed that you have encountered sRGB at some point in the past. That said, sRGB is popular for a reason. Its input and output experience very little lag time and/or discrepancies. These benefits lead sRGB to become as widespread as it currently is.

Adobe RBG is a color standard that was designed to compete with sRGB. When properly implemented, Adobe RGB is meant to offer a broader color gamut and to depict colors in a more realistic fashion. At the time of its introduction, and given its attention to vivid detail, Adobe RGB was a tad too ambitious and advanced for the technology for which it was meant to become the standard. As LCD monitors, as well as photography technology, have advanced, Adobe RGB has seen increased levels of use.

In a buck from the popular options, The Society of Motion Pictures and Television Engineers opted to introduce its own color standard, the DCI-P3. With an emphasis on digital video capture and projection, DCI-P3 opts for a color gamut that is nearly a quarter wider than its sRGB counterpart. Given its organizational roots, the DCI-P3 color standard is compatible with all digital projectors on the cinematic level. On the consumer level, on the other hand, DCI-P3 can be found, notably, within the iPhone X’s internal camera.

Just as with the NTSC, the EBU, or the European Broadcasting Union, sought to implement its own color standard. Traditionally, the EBU color standard has been focused on the photography, video editing, and graphic design fields. With the advent of wider color gamuts and ultra high definition resolutions, including 4K, the EBU color standard began to be placed outside of its niche, and into more common consumer-level products.

As was previously stated, the range of a color gamut is determined by its placement on the X and Z axes. Until recently, those data points didn’t change too widely, regardless of the color standard in use. This was primarily due to the technological limitation present at the time of their creation.

Today, with the presence of OLED technology, the limits on color gamut are no more, thus leading to the creation of wide color gamuts. Unlike their non-wide counterparts, which produce colors based on mixtures of others, wide gamuts are capable of producing pure, native colors.

The implications of this recent developmental possibly are, frankly, astounding. From more accurate printing to the potential production of even the most difficult of colors, the sky’s now the limit.

Find out how you can achieve more authentic colors with ViewSonic’s professional monitor ColorProTM series here. 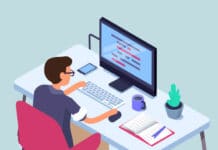 sRGB vs Adobe RGB: Which One to Use?

6 Advantages of Projectors for Home Entertainment 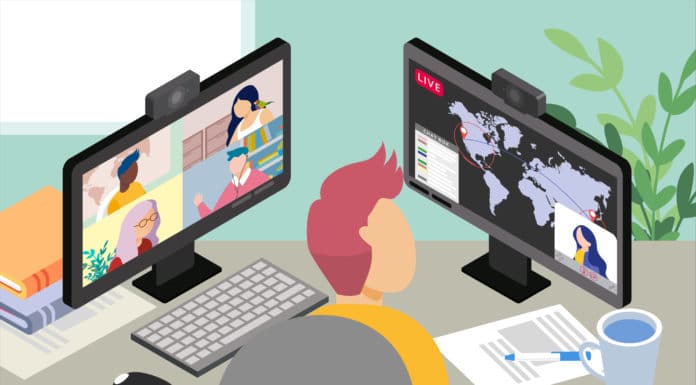