Understanding the Difference Between ANSI
Lumens and LED Lumens


ViewSonic follows industry standard ANSI methods to establish our projector brightness specifications, but ANSI brightness alone can’t always provide enough information to fully characterise the brightness performance of the latest generation of high- colour gamut projectors with LED light sources. This is mainly due to something called the HK (Helmholtz-Kohlrausch) effect, which causes observers to perceive images with higher colour saturation to be brighter than the less saturated ones.

Now imagine two projectors with the same measured ANSI lumen brightness that appear to be at different brightness levels. To understand how this is possible, we must also understand that the human eye is more sensitive to certain wavelengths of light (Fig 1), and any projector with a light source that more closely matches the light response of the human eye will naturally have a higher perceived brightness. 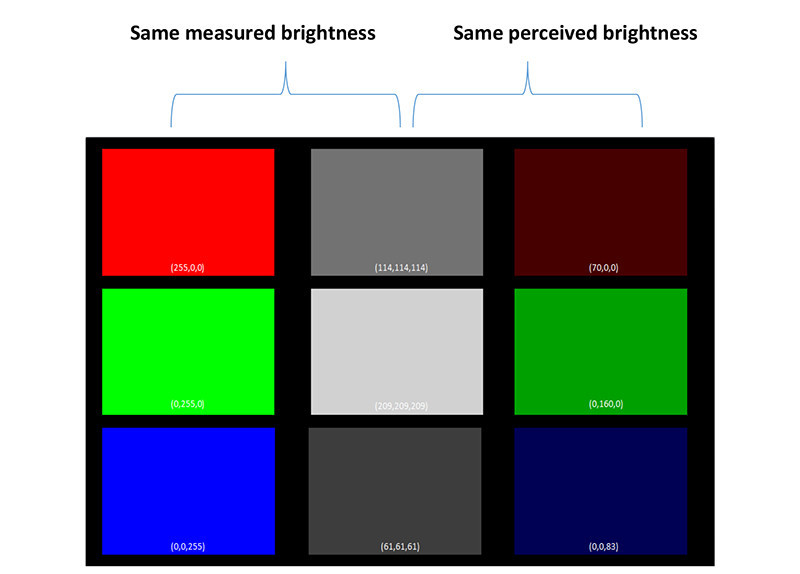 *the 2.4x average perceived brightness ratio is determined by Viewsonic LED projectors, other LED projectors may have a different result

Figure 2. Magnitude of the HK effect with Red, Green, and Blue monochromatic lights

By observation, we know that many projectors with LED-based light sources have higher perceptible brightness than many lamp-based projectors, even though they may have the same measured ANSI lumen rating. To understand why, simply refer back to Figure 1 and understand that the coloured patches on the left only appear to be brighter because the human eye is more receptive to highly saturated coloured light, so an LED projector with colours that are more concentrated in wavelengths will be perceived as being brighter. Therefore, ViewSonic has committed to provide both ANSI and LED lumen ratings for our latest LED projectors. 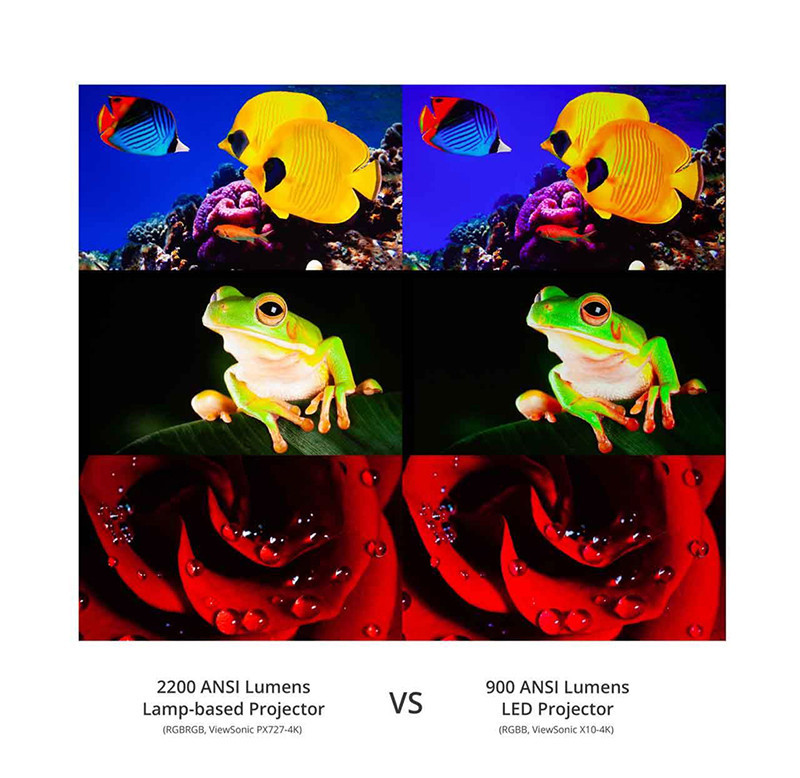 This white paper is intended for discussion and information purposes only. The information and specifications contained herein are subject to change without notice.