An in-depth look at the basics of touch panel technology, benefits, and characteristics.

The world is turning digital and more and more of our daily interactions are being digitized.

One of the technologies facilitating this transition is touchscreen technology. Most of us are familiar with it. After all, if you own a smartphone, then you likely interact with a touchscreen on a daily basis.

The usefulness and practicality of touchscreen technology is undeniable. So much so, in fact, that businesses have realized the benefits of adopting the technology. However, despite its simplicity for end users, there is more to this tech than meets the eye.

Ahead, we’ll take a look into why it’s a good idea to invest in touch monitor technology and discuss the potential of touch screen monitors to benefit your business. To understand this potential, we need to dive into the different types of touchscreen technology.

When it comes to touch screen technology, there are a number of different types of technologies on the market, each with its own set of characteristics.

Resistive, optical, projected capacitive, and infrared are four of the most common touch screen technologies. Each has different applications and can support your business in a meaningful way. For example, if you’re looking to a build and deploy touch screen solutions for a public space such as a outdoor shopping center, it would be useful to understand the strengths and weaknesses of different touch screen technologies in order to choose the right one for your application. There are panels that are optimal for creating monitors that your customers can easily read and interact with when in bright sunlight. Other types of panels are preferable for touch screen applications that need to resist harsh outdoor weather conditions. Below is an outline of the characteristics commonly associated with each of these technologies.

Resistive touch technology can be found in an array of applications, including touch monitors and car navigation systems. Resistive panels are pressure sensitive, which means they use pressure placed directly on the screenas a means of detecting commands.

Resistive touch screens are generally single-point-touch displays and are typically less than 20 inches in size.

Unlike other touch technologies, resistive touch panels are covered by two layers of transparent electrode film separated by spacers. This pressure-based input method means that resistive panels can be operated with just about any type of touch, including finger, stylus, and even gloved touch.

Because of these layers of film, the transmittance of light is not as strong as with other types of touch technology. Resistive touch panels are also known for being the most durable touch panel technology because pressure needs to be applied to the screen.

The cost of resistive touch is generally on the lower side when compared to different touch panel technologies, making them a good option for simple, single point touch applications.

Optical imaging touch panels are multi-touch and typically range from 19 – 100 inches in size. Since touch recognition on these devices works by way of imaging, any form of touch, whether it be finger, stylus, gloved touch, etc. can be used to input commands.

Light transmittance on optical imaging touch screens tends to be very good because there are no obstructing coatings used over the screen itself. In addition, optical touch displays tend to last for a long time because the light touches associated with this tech variant do not generally result in wear and tear.

Projected capacitive touch is the touch technology commonly used for making smartphones. If you use an iPhone then you’re already familiar with using projective capacitive touch.

Projected capacitive touch is often touted as providing the best user experience of all the touch technologies. Mostly because of its highly sophisticated

Infrared touch technology uses light beam interruption to detect touch commands. In infrared touch displays, infrared beams are organized in a grid over the panel itself and touch points are calculated when the beams are interrupted.

Infrared touch screens are capable of multi-point touch and can be found in sizes ranging from 20 – 150 inches. Commands can be inputted on an infrared touch panel by way of a finger touch, a thick stylus, or gloved touch, though touch detection accuracy can vary based on the internal components used.

Infrared touch panels tend to have good light transmittance and are quite durable, however sunlight can cause glare and reflection, negatively impacting the user experience.

Like optical imaging touch, infrared touch can be used for applications with larger screen sizes.

A Quick Comparison of
Touch Technologies

Ideal for multi-touch support, durability and sensitivity, and gesture control

Just how are these industries implementing touch screen technology? Let's discuss a few examples of how touch panels are being used today. 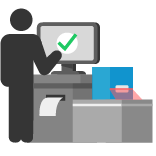 Long queues at restaurants during busy hours are always problematic for customers and store clerks. Waiting too long for service can lead to impatience, loss of customers and negative reviews. Touch screen solutions can act as a self-service point for customers to order and pay while waiting. They can further display advertised content such as promotions and events to keep customers engaged. 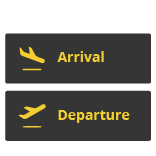 Remember the days when arriving at the airport started with waiting in line for your boarding pass? Well, thankfully for all of you avid travelers out there, touch panel technology has changed this process for the better. Nowadays all you need to do is input your information, scan your passport, and off you go. Couple this with self-serve kiosks at public transit stations in cities such as London and New York and travelers can add efficiency across their journey or commute. 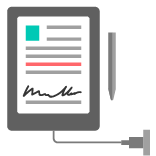 Banking institutions are leveraging digital signatures to digitize their workflow, saving both time and money. Digital signature solutions offer all the functionality of traditional pen and paper signature methods but with a plethora of additional benefits, such as heightened security and more. With digital signature, documents can be easily stored without the need for filing cabinets, digitally sent to customers, and easily retrieved for future reference.

Touch panel tech puts the power controlling your display at your fingertips, resulting in faster display operations. In business settings, this reduction in time can give way to a multitude of benefits including shorter queue times and faster service for your customers. Moreover, these benefits can create a domino effect of positive outcomes, including higher customer satisfaction, better customer experiences, and greater brand loyalty from your customers.

Since the introduction of touchscreen smartphones, the use of touch technology has become nearly universal. As such, everyone has become a master. In this case, this technology’s benefit is two-fold; it’s easy to implement and it’s faster for employees to operate. Easy implementation will enable employees to begin using the technology immediately without a learning curve, thus enabling faster operations.

Because touch panels are so versatile in the ways they can be implemented, they possess the ability to positively affect the user experience. Displaying engaging content for consumer interaction, for instance, is a good way to elevate your business above the competition.

Beyond employee interactions, touch panels can be beneficial to customers. Therein, touch panel technology allows users to serve themselves. This functionality can be useful for mall or hotel information services and restaurant meal selection, to name just a few applications. This allows employees more time to focus on higher priority tasks and allows customers to take ownership of their own experience.

Inherently, touchscreens must be able to withstand constant physical interaction. With durability and limited replacement in mind, touch panel producers aim for the greatest possible lifespans and accidental damage prevention.

Non-touch panels often require additional peripherals for operation. Implementation of touch technology eliminates the need for these accessories and, through its faster operation, results in a more streamlined workspace.

Touch panel technology can increase efficiency in the workplace by, for example by reducing queue times. This efficiency increase translates into bottom line benefits by allowing employees to service more customers, thereby enhancing the customer experience.

What features should a touch screen have?

As a rule of thumb, any type of touch screen technology you choose should have the following characteristics: 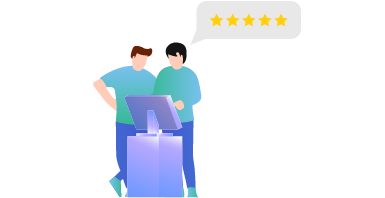 Touch panels should be easy to use.

Since you will be asking employees to use a new type of technology, it should be easy for them to pick up and begin using right off the bat. This will help save time training employees on how to use the new technology and will save money by allowing them to start seamlessly using the technology to improve your business. 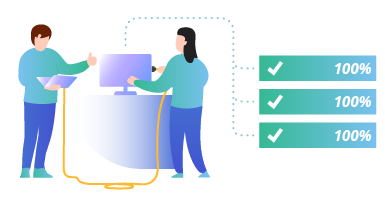 Touch panels should be easy to implement.

Implementing your new touch panel technology should be the least of your worries. Touch panel technology with a wide range of compatibility with different operating systems makes implementation smooth and hassle free by allowing you to use the systems your employees are already familiar with. 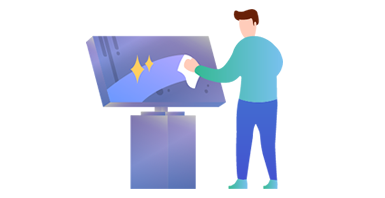 Touch panels should be durable enough for your application.

Durable technology saves money by reducing maintenance and replacement costs. Since touch screen displays will be interacted with frequently, it is essential that they are durable enough to withstand repeated usage over time.

How to choose a touch panel?

As we discussed above, there are different types of touch technology to choose from, each with a different set of characteristics and capabilities. While one type of touch technology may be able to do more than another, it may not always be the most economical choice to go for the most comprehensive technology, unless your particular application calls for it. When looking into implementing touch panel technology, your starting point should be to first consider your needs:


ViewSonic offers an array of touch screen monitor and digital signage products that cater to specific applications. Whatever your objectives for implementing touch panel technology, our customer service representatives are available to consult with you on where and how touch technology may be beneficial for your business. Once you’ve decided to implement touch, we can help you develop a custom package tailored to your specific needs.

See why many of today’s leading international and domestic corporations use ViewSonic touch screen monitors and digital signage to improve their workflow. Our touch solutions are easy to use, easy to implement, and let you digitize your business workflow to improve your bottom line.

Get in touch with one of our representatives for a free consultation; we’ll help you decide the best way to improve your business with our touch panel solutions.